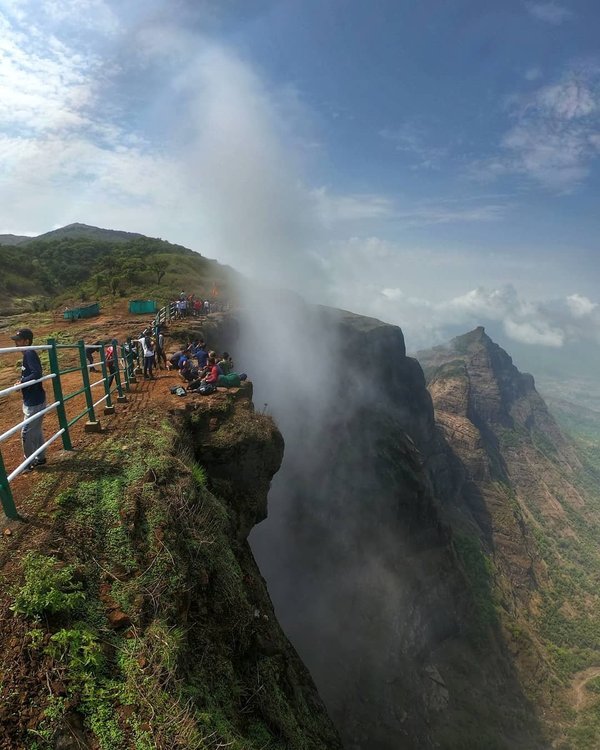 The fort is quite ancient. Remnants of Microlithic man have been discovered here. The various Puranas (ancient scriptures) like Matsyapurana, Agnipurana and Skandapurana include many references about Harishchandragad. Its origin is said to have been in the 6th century, during the rule of Kalachuri dynasty. The citadel was built during this era. The various caves probably have been carved out in the 11th century. In these caves are idols of Lord Vishnu. Though the cliffs are named Taramati and Rohidas, they are not related to Ayodhya. Great sage Changdev (one who created the epic Tatvasaar), used to meditate here in the 14th century. The caves are from the same period. The various constructions on the fort and those existing the surrounding region point to the existence of diverse cultures here. The carvings on the temples of Nageshwar (in Khireshwar village), in the Harishchandreshwar temple and in the cave of Kedareshwar indicate that the fort belongs to the medieval period, since it is related to mahadeva as a totem of tribes Mahadev Koli. They were controlling the fort before Moguls. Later the fort was under the control of Moguls. The Marathas captured it in 1747.

A panoramic view from the basement

To the east of the temple is a well-built lake called “Saptatirtha”. On its bank are temple-like constructions in which there are idols of Lord Vishnu. Recently these idols have been shifted in the caves near the temple of Harishchandreshwar. These days many trekkers have been responsible for the sad plight of this place,[citation needed] as they throw plastic wastes and other things in the pond.[citation needed] 7 years back the water was potable, and now it isn't suitable even to swim. (However, this water is so cold in summer that you can actually feel like you are standing in a refrigeration unit.)

Kedareshwar Cave. Local legend holds that when the fourth pillar breaks, the world will come to an end.

Towards the right of Harishchandreshwar temple, there is the huge cave of Kedareshwar (see picture), in which there is a big Shiva Linga, which is completely surrounded by water. Its height from the base is five feet, and the water is waist-deep. It is quite difficult to reach the Shiva Linga because the water is ice-cold. There are sculptures carved out in the cave. In the monsoon it is not possible to reach this cave, as a huge stream flows across the way. Actually this is the origin of River Mangalganga.

As can be seen from the picture, there is a huge rock above the Shiva Linga. There were four pillars built around the Shiva Linga to support the cave.

Another interesting thing about this place is that water seeps into this temple from the four walls on an everyday basis. And owing to the water being very cold, it's difficult to reach inside too. The water continues to seep in during all the seasons during the year, except during rainy season and surprisingly, it is also said that there is absolutely no water during rainy season.

This cliff faces west and looks down upon the Konkan. It provides views of the surrounding region. The cliff has an overhang, but has been climbed many times. Sometimes a circular rainbow (the Brocken spectre phenomenon) can be seen from this point. It can be seen only when there is a bit of mist in the valley, and the sun is right behind the person facing the valley. One phenomenon that can be observed at this place is the vertical cloud burst, in which the clouds nearing the cliff get sucked into the pit fall area below and are thrown vertically into the sky reaching more than 50 feet (15 m), creating the impression of a wall that is rising straight from the edge of the cliff without entering the landmass area.

Also known as Taramanchi. This is the top most point on the fort (1429 meters). Leopards are seen in the forests beyond this peak. From here we can have a glimpse of the whole range of Naneghat and the forts near Murbad. From this Taramati point, we can have a glimpse of forts till Siddhagad near Bhimashankar in the south and Napta twin peaks, Ghodishep (865 meters), Ajoba (1375 meters), Kulang fort (1471 meters) in the north near the Kasara region.

A panoramic view from the peak

These caves are spread out all over the fort. Many of these are situated at the foot of Taramati peak and are the place of accommodation. A few are near the temple, whereas some are near the citadel and some far away in the forests. A 30 feet (9.1 m) deep natural cave is on the northwestern side of the fort, to the right of Kokan Kada. Many other caves are still said to remain undiscovered.

This is a great antique construction, and diverse artistic works are seen on this. On the ceiling of the temple are carvings. The main attraction of the carvings here is the 1.5 m long sculpture of Lord Vishnu in the sleeping posture, popularly known as "Sheshshayi Vishnu" in Marathi. It is rare and hence holds a lot of importance. There are a lot of legends told about this sculpture. There are caves near the temple. 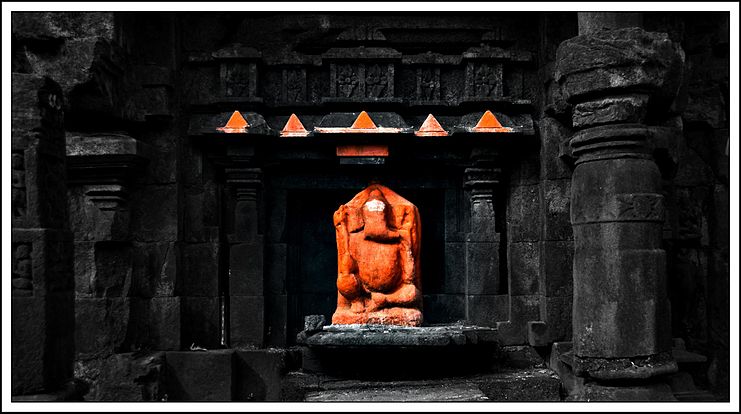 This temple is marvelous example of the fine art of carving sculptures out of stones that prevailed in ancient India. It is about 16 m high from its base. Around this temple there a few caves & ancient water tanks. The river Mangal Ganga is said to originate from one of the tanks located close to the temple. The top of the temple resembles construction with the north-Indian temples. A similar temple is situated in Buddha-Gaya. Here we can see many tombs, in which a typical construction is seen. These are built by well-finished arranging stones one on top of the other. There are three main caves near the temple. The cisterns near the temple provide drinking water. A short distance away, another temple called Kashitirtha is located. The fascinating thing about this temple is that it has been carved out from a single huge rock. There are entrances from all four sides. On the main entrance there are sculptures of faces. These are faces of guards of the temple. On the left side of the entrance is a Devsnagsri inscription, which is about saint Changdev.

1 Night 2 Days Available on request Ahmednagar, Maharashtra
Highlights
What makes this tour special
Inclusions/Exclusions
What we'll give. What we won't

What is included in the tour

What is NOT included in the tour

Meeting point : 02:52 pm, Kasara station
- Travel by private jeep
- Reach the base village by 7 pm.
- Have breakfast
- Start trek towards Harishchandragad and then to kokankada .
- Pitch your tents at Kokankada
- Have dinner
- Play games, star gazing, bonfire and card games.
- Sleep or stay awake all night.

- Report at shaniwarwada by 12:00 pm
- Report at xion mall, Hinjewadi by 12:30 pm
- Travel by private bus
- Reach the base village by 6 am.
- Start trek towards Harishchandragad and then later to Kokankada
- Pitch your tents at Kokankada
- Have dinner
- Play games, star gazing, bonfire and card games.
- Sleep or stay awake all night. 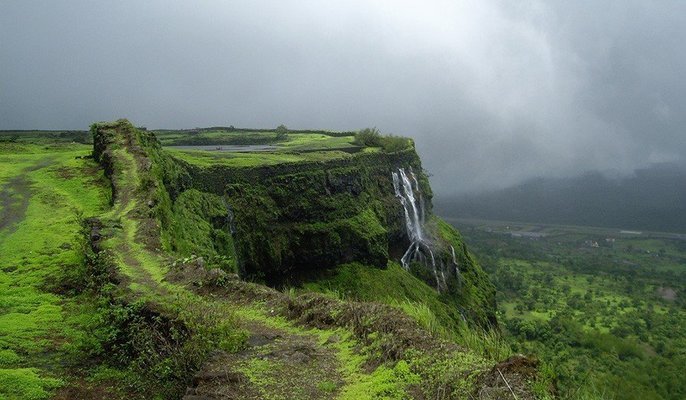 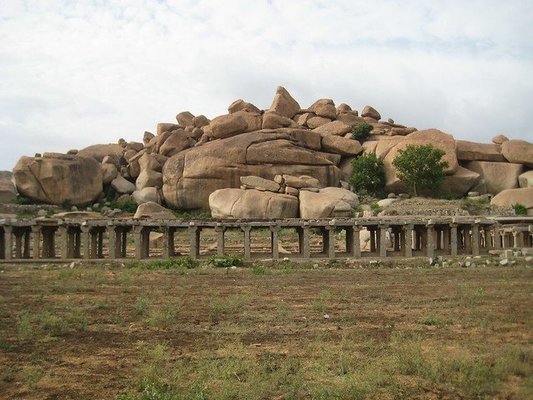 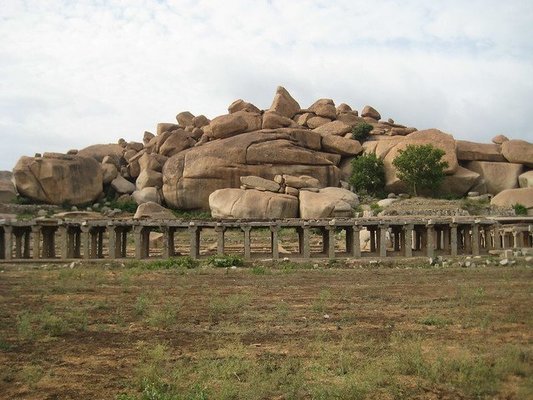 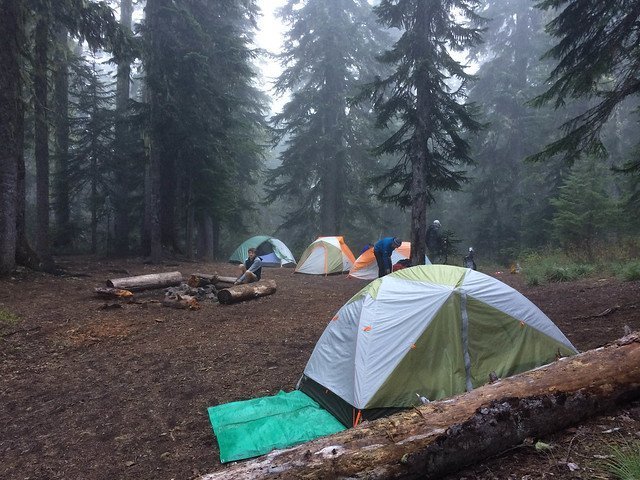